Arkansas was a blast! I asked Stephen what his favorite part of the trip was, and he said, "Jo's Mom!" Janet is a riot! She single handedly entertained us the entire weekend by getting drunk off wine, speaking in a southern accent, introducing the Furbee, and thinking of every way possible to experience True Arkansas Flavor! We tried fried pickles, fried catfish, and fried hushpuppies. We ordered our lunch from a red phone next to the table at Penguin Ed's, we tried many different types of Coleslaw, we ate ribs, chicken, pork, beef, french fries, sweet tea, sausage rolls, and Miller Light. Yeah, we pretty much spent entire weekend eating! 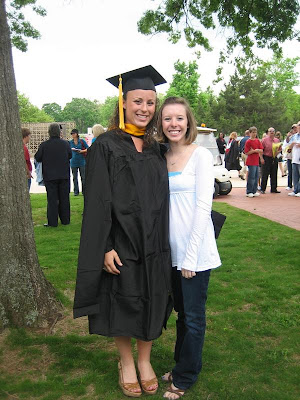 Other than eating, we experienced several other Arkansas stereotypes.

Stereotype #1: The entire town of Fayetteville (the entire STATE for that matter) is obsessed with Razorback sports. The University of Arkansas is dedicated to their stadiums on and off campus. We saw the state-of-the-art JumboTron (I had to ask what that was) at the football stadium. It looked like a professional team's stadium - I think they said it fit 70,000 people! The rest of the campus was absolutely gorgeous and lush. I was very impressed with the expansive green lawns, beautiful old brick buildings, and movie-like frat houses. We spent a good amount of time in the University store, where Steve found some awesome shades with a camouflage reflection on the front. He bought them for $20 because he absolutely HAD to have them and wore them for the entire weekend! haha!

Stereotype #2: insane thunder storms. Oh, man did we experience a thunder storm. Out of nowhere, the rain started coming down in sheets. Looking outside, it was like someone was on the roof pouring out bucket after bucket of rain. You couldn't see anything beyond the waterfall gushing from the skies. The thunder shook the entire house and scared the bejesus out of me!
My favorite part of the trip was our night at the Piano Bar, "Willy D's" (I keep calling it Wild Ed's). There were two piano's, head to head, and they sang/played back and forth. The songs were all common, popular rock/pop/oldies so it was fun to dance and sing to. At the end of the night it was a man vs woman piano war. What a fun place! Not to mention, I couldn't count how many drinks Steve and I ordered, and the total bill was only 35 bucks. All of that crazy fun and lack of sleep made me sick. I blew my way through 10 kleenex packs on the plane ride home. I felt so sorry for the man next to me!

Next adventure...Long Beach Friday!
Posted by Jaime at 1:46 PM