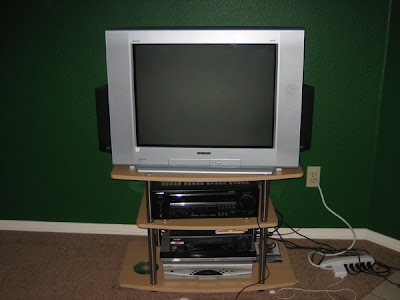 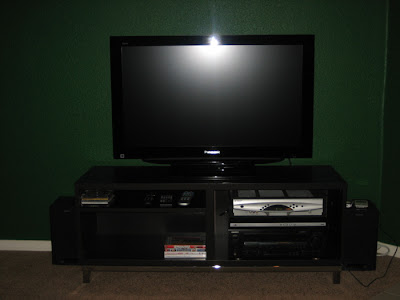 Just to show you what kind of nights Steve and I have, here is a short video of Steve after our drunken night at the Of Montreal show in San Francisco. I took this video in our hotel room before going out in search of pizza. All night long, Steve kept saying, "we are so tore" so I tried getting him to say it on camera because it sounded really funny. Oh, and sorry that the video is sideways, but I couldn't figure out how to rotate it...so if anyone knows how, let me know! :) Enjoy!
Posted by Jaime at 4:45 PM No comments:

I Left My Heart in San Francisco 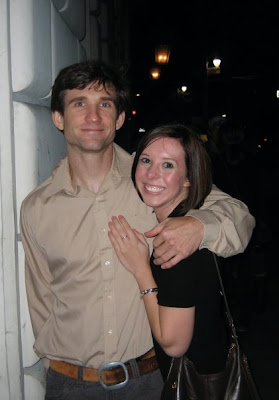 Steve and I went to San Francisco last weekend to see Of Montreal and visit with Jillian and Chris. The weekend was full of my favorite things: romance, music, and weird people. Before dinner on Friday, we enjoyed a wine reception with live music (an awesome keyboard player with a side job as the front desk employee). We went to dinner at our hotel restaurant, Saha. It had amazing ambiance, great service, and the food was incredible. We shared a bowl of lentil soup, a crab stuffed artichoke, and chicken skewers, merguez and kofta (lamb and beef). YUM YUM YUM. 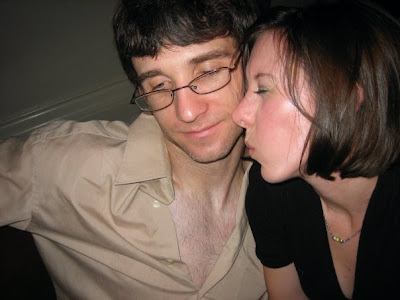 The show was kooky and wild, but the musicians are very talented and it was one of the better shows I've been too. The lead singer had his body painted red, dressed as a satyr, threw mashed potatoes into the crowd, and was joined onstage by tigers, egyptian men, cowboys, dinosaurs, wild boars, and ninjas, and finally ended up prancing around the stage in his underwear. 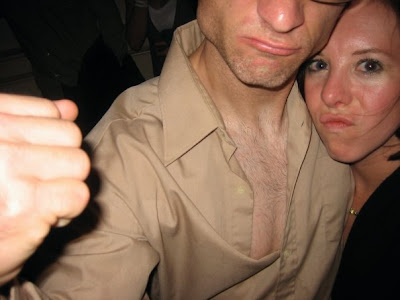 I can't even count how many bevs we drank that night, but we were in dire need of some carbohydrates to suck up all the alcohol. With a pit-stop at the hotel, we made our search around the city blocks for something good to eat. PIZZA BY THE SLICE! It was the best pizza we ever had. And thank god for that pizza because otherwise we would have spent all day Saturday in bed.

Saturday, Jillian and Chris picked us up and we went to Pier 39 for lunch at Bubba Gumps. We browsed the shops, Jillian got her tarot cards read, and Chris and Steve ate fart candy and belch powder from the local magic shop. We walked around the Fisherman's Wharf looking for Bush Man, but only found the silver robot dancers and homeless people with signs that said, "I'm not gonna lie - I want some beer". 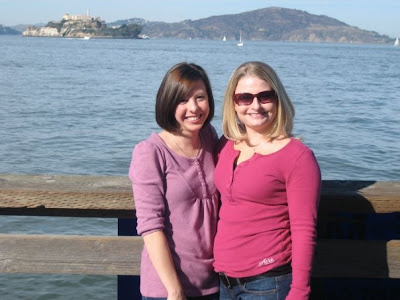 Saturday night we were heading down to Union Square for dinner and ice skating, but were unexpectedly taken off course when a homeless guy asked us if we wanted him to show us to a great restaurant. I do not know why on earth we decided to follow this guy. He kept blabbing about having gone to USC, and that Vacaville is full of rednecks, and that SF is just a bunch of yuppies. Meanwhile boogers were oozing out of his nose, and his water bottle full of beer was becoming empty quickly. After about 20 minutes of walking through Union Square we made it to an Italian restaurant where he told us to eat and then asked for "a tip" for showing us such a great place. We didn't even want to eat there and he pretty much wasted our night, so we begrudgingly gave him a few bucks and tried to get him to leave us alone. 10 minutes later he was still talking our ear off. Finally, we acted like we were going inside the restaurant so he would leave.

Sunday Steve and I went to IKEA before heading home. We got a new tv stand for our new tv!! (We're trying to get a good deal on Black Friday) IKEA rocks my world.

Anyway, San Francisco was just what I needed. A nice weekend getaway with time to play, relax, and just have some fun. This week, Steve's parents are coming for Thanksgiving and I am cooking us a T-day dinner!! Wish me luck!! 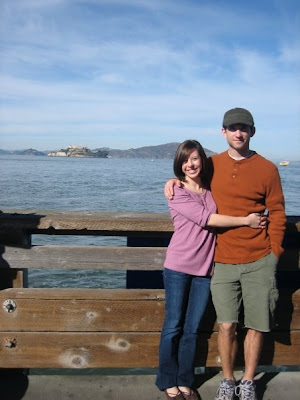 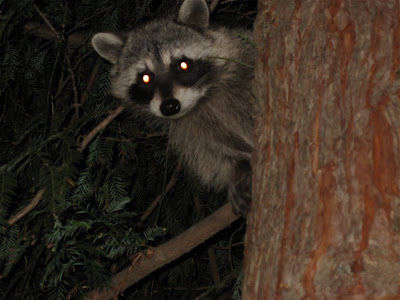 Happy Birthday to my brother Ryan who shared a birthday with my grandma Ladonna who would have been 69 years old today. I just want to take some time to remember a few things about my dearest grandma who passed away three years ago: 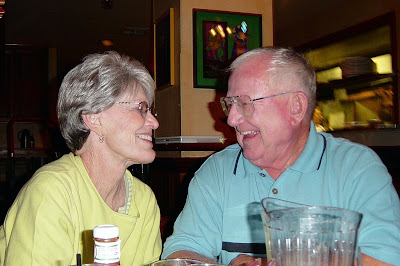 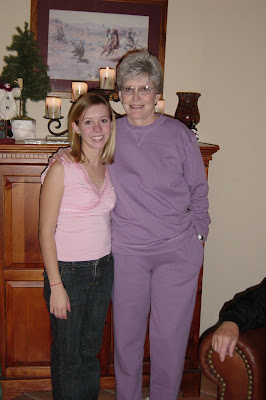 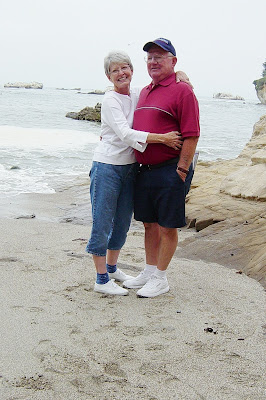 Here is a video of my beloved, back when he was young and agile.

The Change We Need!!

Today is the day that America will make history. Go out and vote, no matter what side you're choosing because if you don't, you will look back at this election and regret not being a part of it!!
Besides votes for the President, it looks like the majority of people in California are either idiots, or they didn't read the full proposition.

I cannot believe Prop 8 passed. Marriage is a personal right. It shouldn't matter who is getting married, but that they love each other and want to be committed to a life partner. THAT is what marriage should be defined as. Those of you who voted YES should be ashamed. You just denied the freedom of your son, daughter, friend, grandchild, cousin, uncle - all moral, responsible, goodhearted, smart people. And, don't tell me, "well it says in the bible that marriage is between a man and a woman" because guess what? I don't believe in the bible. But hey, I won't ever be disrespectful or discriminatory and try to tell you not to believe in it. It's your life and has nothing to do with me. Just like Prop 8 has nothing to do with you.
And why is it necessary to spend millions of dollars on making sure animals who are raised for food are comfortable? Does a chicken really care if she can stretch her legs or make a 360 degree turn? Probably not. And if she did, then she is in the wrong business. Why would you try to improve the lives of animals that are destined to die? That's like giving death row prisoners a pillow top mattress, downy fresh sheets, and a cashmere uniform...you know, just to make their life a little bit nicer before they die. What a waste of money. I know, I know, its different because prisoners deserve harsh treatment, but THE BIBLE says that humans are supposed to eat animals. Don't you guys do everything that THE BIBLE says?!Here's the bottom line people - do you realize that this is going to cost farmers and dairies tons of money to implement? And guess what? WE are going to pay for it with higher grocery prices. Well done! Those eggs better be golden.
Lastly, did you even read the description of Prop 5? Or did you just see "Drug Offenses" and check NO? Well, it's too late now, but let me show you what it says:
A YES vote on this measure means:

Wish you would have voted Yes? Thought so.
Anyway, enough of my rant. MOST IMPORTANTLY I want to say how proud I am to be a part of such a historical election and I am very excited to see what Barack Obama has planned. I have a good feeling about this and I think it's pretty obvious that that most of the country does too! YAY OBAMA!!!!!!!!!!!!! 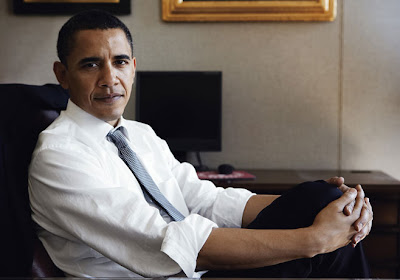