Insanity in a Flash!

Sunday evening I was unloading groceries from the car, when the sound of screeching tires and snapping branches filled the air. I looked up towards the busy country road that runs parallel to our house when a car came plummeting down the embankment into our yard, through the trees, and smack dab head-on into our well tank! I could't believe what I just witnessed - it was like a dream where the pieces don't fit quite right and images are blurred and distorted. My initial reaction was to scream for Steve who was in the garage nearby. I don't recollect what I was screaming but I am sure it was mostly "oh my god!" Steve came out of the garage wearing his earmuffs and couldn't hear a word I was saying. He saw the panic on my face and tore off the ear muffs and somehow I was finally able to blurt out "someone just crashed into the well!!" He ran towards the car to see if they were hurt while I ran into the house to call 911. 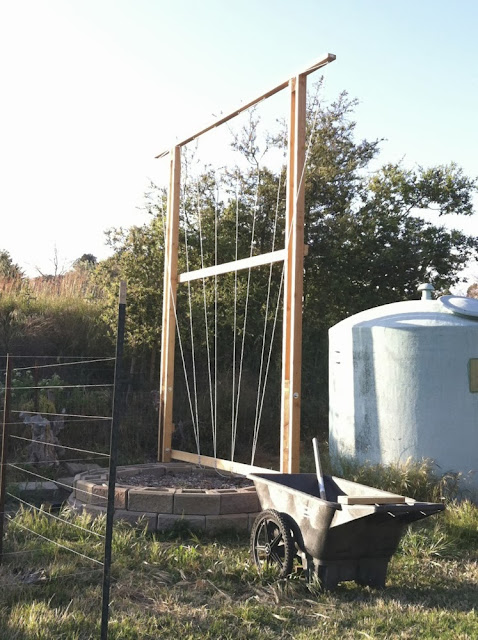 Some shots of our well tank and hops bed and trellis before... 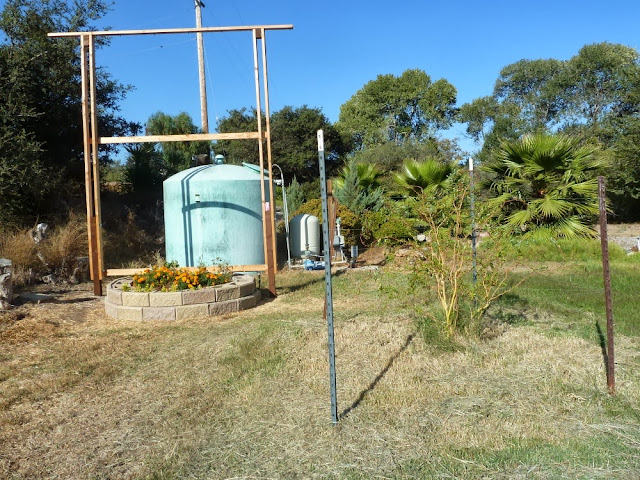 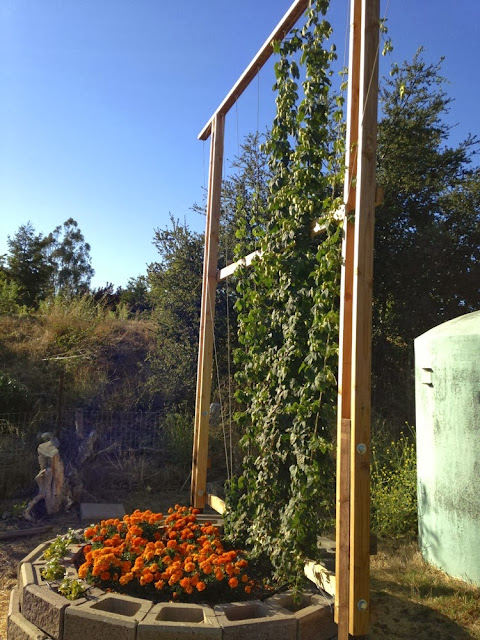 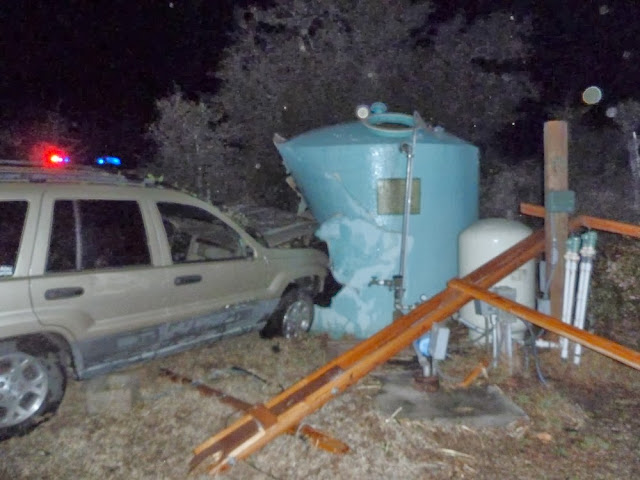 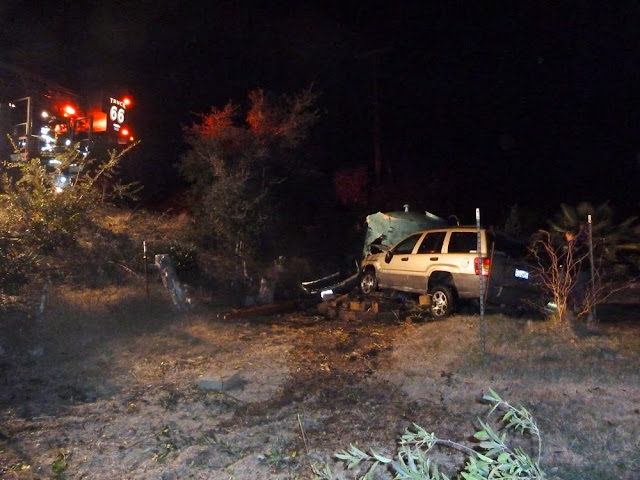 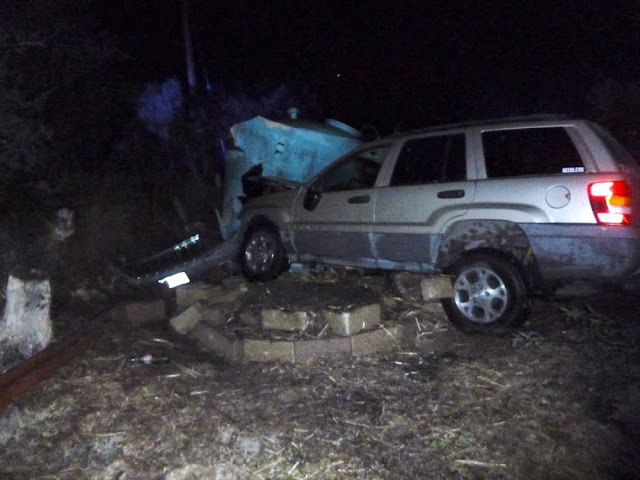 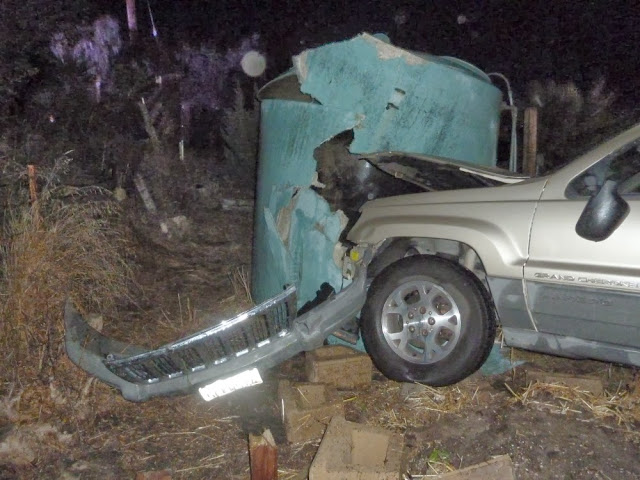 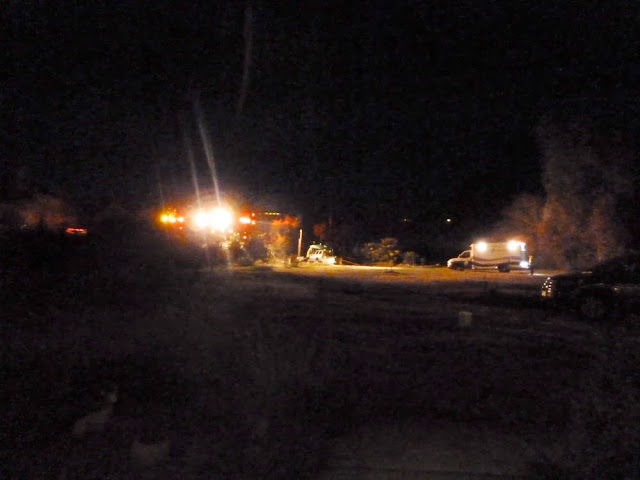 The CHP, ambulance, and fire truck all arrived in about 10 minutes. The driver of the Jeep was amazingly, and so thankfully not hurt. He was alone in the car, driving back from an afternoon with friends. Drinking. The police officer gave him the full sobriety test and he had three times the legal limit of alcohol in his system.

While we were all waiting for emergency response to arrive, the driver kept apologizing to us, which made me feel for him. He was on his cell phone with a friend, asking for help and holding his head in his hands. He knew he made a huge mistake. I was relieved for him that he had a friend on the line to be there for him. (Steve argues all he wanted to do was get someone to pick him up to get the hell out of there!) As much as I felt bad for him, I knew that wasn't the right feeling to have in that moment. He really could have hurt someone. He damaged a lot of our property. Now, we had no running water on a Sunday night before a long work week. And lots of precious time spent on our beloved yard down the drain. He was taken away in handcuffs and it was his own bad decision that led him there. 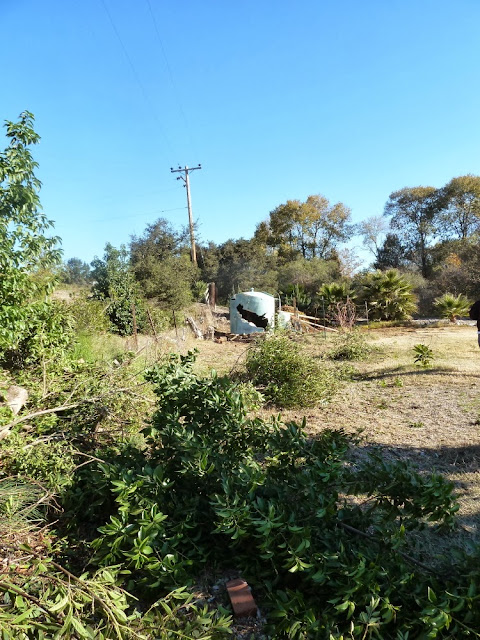 Here you can see the path of destruction. He knocked down a catalina cherry tree and a few myrica trees, planted by Steve just a few years ago. 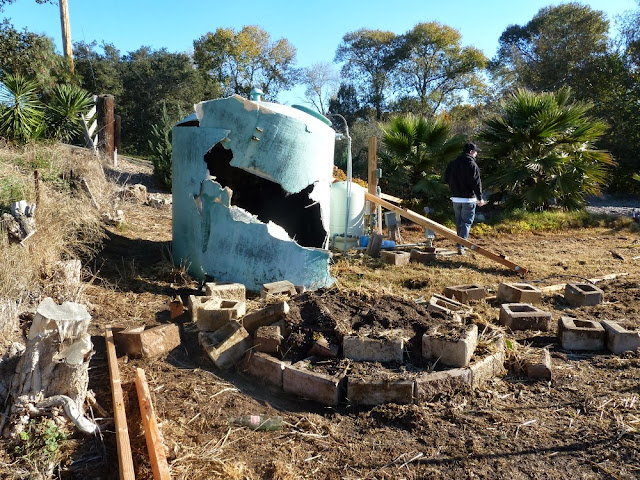 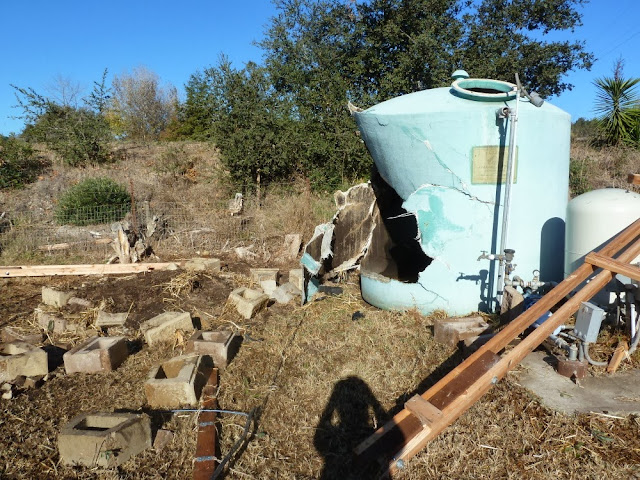 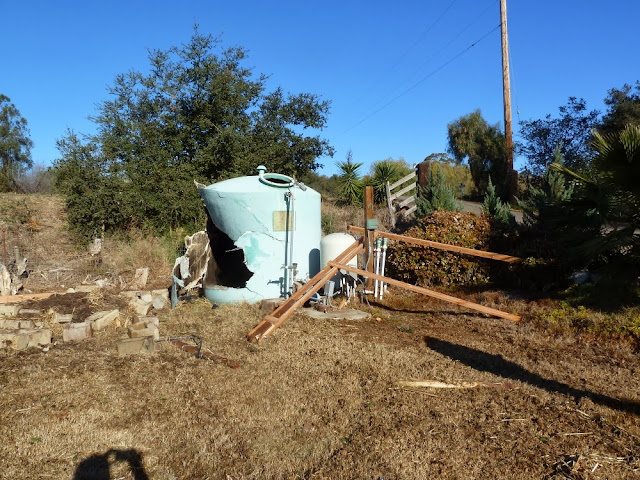 Our beautiful trellis snapped into pieces. 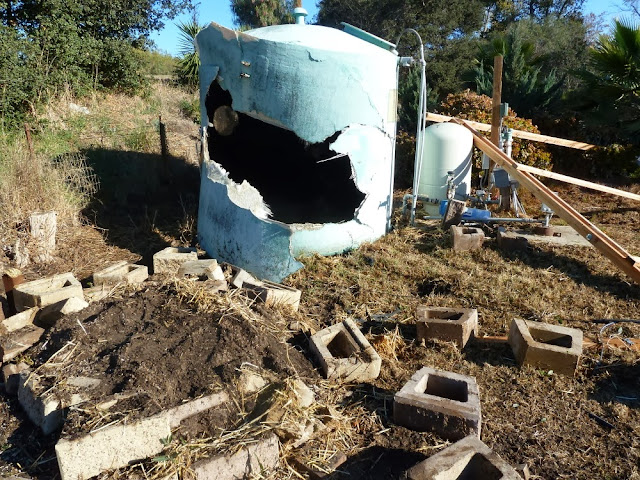 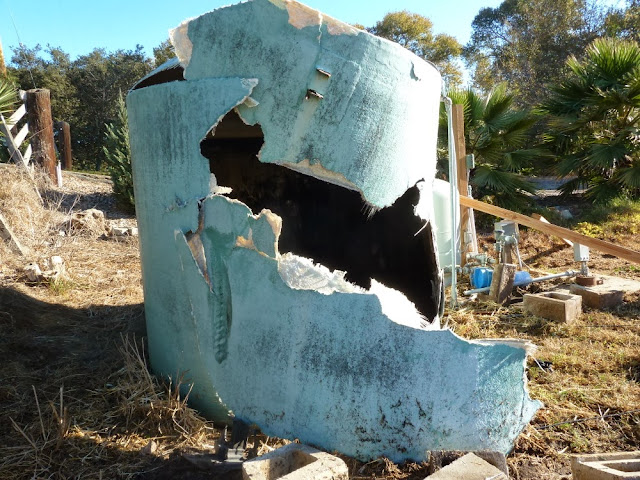 Now, we must deal with the aftermath of this insane event, as we try to clean things up and repair what was damaged by this stranger who, in an instant, changed the course of a typical Sunday evening at home.