The fish man at the grocery store convinced me to get a couple of Mahi fillets and said they were GREAT for fish tacos! I'd never cooked Mahi before but because it was Fish Friday (buy one get one free) I decided to go for it!!! And boy o boy I am glad I did. These are probably the best fish tacos I've ever had. The type of fish really makes a difference and Mahi is an excellent choice! I used a marinade recipe from a brochure at the seafood counter and made my own "slaw" topping and special sauce. You've gotta try this one! 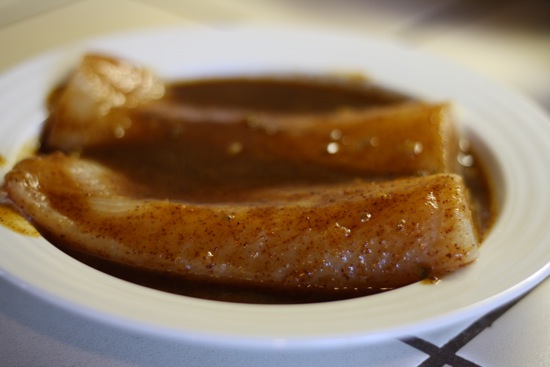 Remove fish from marinade and place fish on broiler pan sprayed iwth non-stick cooking spray. Broil 4 inches from heat until fish flakes easily. (Tip! While broiling, open oven to first notch (so it stays open by itself. This helps prevent fish from burning and smoking up the entire house but does not effect cooking.) 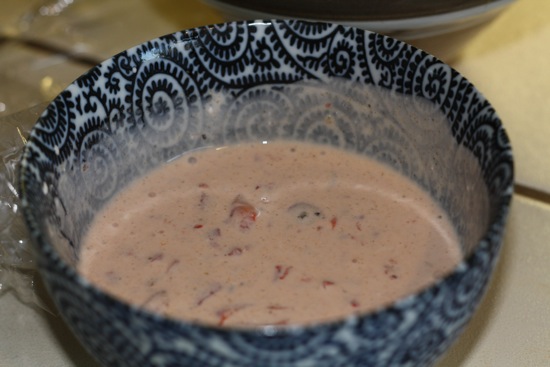 SLAW:
I chopped up iceberg lettuce very finely and added alfafa sprouts, finely chopped carrots, radish, avocado, red bell pepper. Squeeze some lime over the top and add a pinch of salt and pepper to taste. Mix up gently as to not squash the avo and ta da! 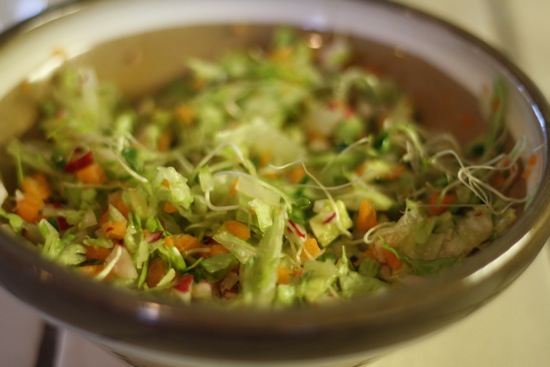 Break up fish and divide among tortillas. Top with sauce and slaw and DEVOUR! 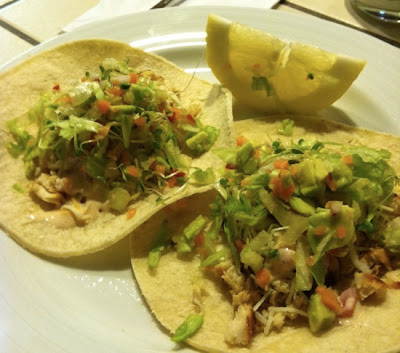