I wish I could say I know more Japanese...

...but we really didn't learn an ounce of Japanese besides mimicking the sounds around us.. "Namasayoooooooo" and remembering how to say thank you by reciting the song, "domo arigato, mr roboto" (domo arigato means thank you). No one even says "konichiwa" (hello), so we felt like morons anytime we entered a store or a restaurant because we were at a loss for a greeting. We felt like konichiwa is some sort of practical joke played on Americans where it doesn't actually mean "hello" but rather, "I am an ass" or something. We said "HI!" a lot, which is completely idiotic because in Japanese "hai" (which sounds the same as our hi) means "yes". We were roaming around town saying YES to everyone! Go us! 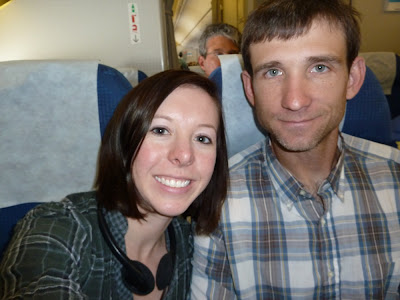 So yeah, we were pretty much S.O.L. and had to memorize symbols which was nearly impossible - house, house, swoopie thing, elephant, fork - ok that must be Shibuya!!! Cross your fingers!!! Oh, and don't let anyone tell you that EVERYONE in Japan speaks English. It's a complete LIE. We could barely talk to anyone. I only heard three people speak english, several attempted a word or two, but that's it. In a way, this was kinda cool because we could talk about whatever we wanted on the subway and no one knew what we were talking about. "That girl looks like a man - new half!!!!!!" ("New half" explanation to come) 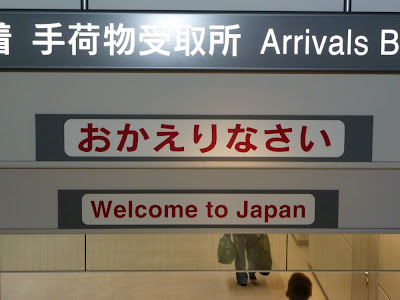 Other than our pathetic attempt at a new language, we managed to learn a LOT about Japanese culture, food, fashion, and art. I will be posting several separate entries about each of these topics. Any other way and this post would be waaay too long and you'd all fall asleep. So get ready to see some WILLLLLLLDDDDDD stuff. Okay maybe not too wild, but pretty darn cool, I'd say!
First up: Japanese (and some Korean!) Food.
Posted by Jaime at 11:10 PM