Earlier this summer, my mom and I went to our second John Mayer concert in Marysville. We were going to see him at the Mid-State fair, but decided the expensive (and bad) seats weren't worth it, so I drove up to Sacramento where we had AMAZING seats.
We got a couple of ice cold beers which warmed up immediately under the hot summer sun. But, the heat didn't stop us from having a great time. We also bought matching John Mayer t-shirts (which I tried finding online to show you because they are so damn cute, but couldn't find them anywhere) so I'll have to take a picture of me wearing it. I LOVE it. I wear it all the time - thanks mom!!
The opening act was Brett Dennen, which in our opinion was much more entertaining than the lackluster Colbie Caillat. Although, I do applaud her for matching her dress with the set design, which was only slightly more interesting than watching her flirt with her guitarist boyfriend the entire time.
John Mayer was even better this time than when we saw him a few years ago. His newly shaved head was hot, and he's learned to simmer down the awkward facial contortions. He played one of my favorite JM songs of all time, "Wheel", which absolutely made my heart melt. We were a bit disapointed that he didn't play "Stop this Train", but overall he did a great job of mixing in the old with the new. It really doesn't matter what song he sings, he's very talented and nice to look at, so we were happy either way. My mom knew neary every lyric to every song, which I found very impressive and awesome! As long as JM keeps making music, we're going to keep attending his shows!
I took a few videos of the show, but I have to get them from my mom's camera when I go back to Montana. Unfortunatly I used up the memory card and battery during my filmmaking and only had a chance to snap a few photos. 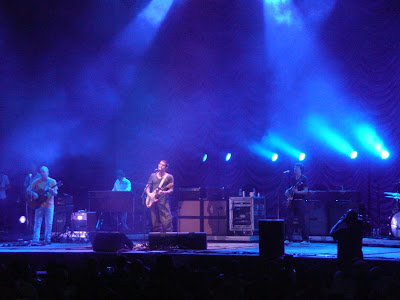 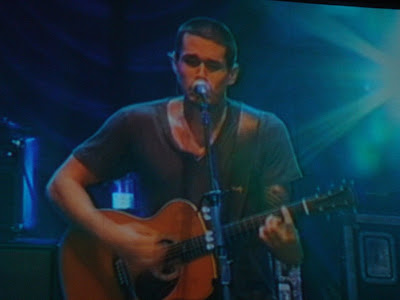 We even got a few with John Mayer himself!! 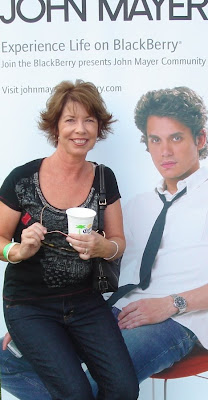 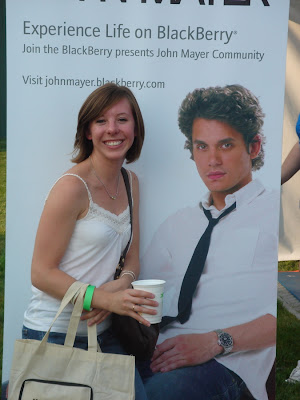