I love when I re-connect with friends and it's like time hasn't passed at all. That's how it felt when my dorm room neighbor, Alissa, came to SLO for a visit. We met up at Cal Poly and roamed around the campus, WOWed at all of the the latest and greatest and giggled about the things that haven't changed a bit. We started Cal Poly in September of 2001, just days after 9-11. We hauled our giant PC computers and CRT monitors, lugged our 13 inch tube televisions, hung our favorite photographs of prom night and high school boyfriends and embarked on dorm life at Muir Hall.

For those of you who went on this journey with me over 12 years ago and haven't returned to Cal Poly  lately, you might find interesting some of the things that have changed on campus.

Do you all remember that dank vending machine chamber, The Park? Well, it's now a full on Subway! And Lucy's Two next door, the walk-up juice bar, is now a Subway To-Go window. And forget Julian's - Starbucks has moved in (although, I heard there is still a Julian's in the library). The Lighthouse is now the Metro, and Backstage Pizza (my favorite place to eat on campus!) is now Ciao. And, get this..there is a Yogurt Creations where Poly Escapes used to be. But, don't fear...the Sandwich Factory is still up and running and Chick-fil-A is still making the best waffle fries over at the Avenue.

We were shocked to see that there were almost three people in every room at Muir Hall. Yes, we snuck into the dorms and took photos in front of our old rooms. We were afraid to knock and find out how they squeezed three humans and all of their things into a 12 foot by 12 foot room. We peeked inside the bathrooms and laughed at how NOTHING has changed. In over ten years, they didn't refresh one thing. The tiles, showers, lockers, sinks, mirrors - all the same grossness that they were back then. Not only are they squeezing more freshmen into dorms, they have expanded their upper class living situation on campus. When we were there, there were only a handful of dorms for upper classmen, with a long waiting list. Alissa and I ventured up to "Poly Canyon" apartment complex, and it's like a whole little city up there! They have their own workout room, restaurants, shops, sitting areas, swimming pool, parking structure. What the heck?! I would have loved to live there. 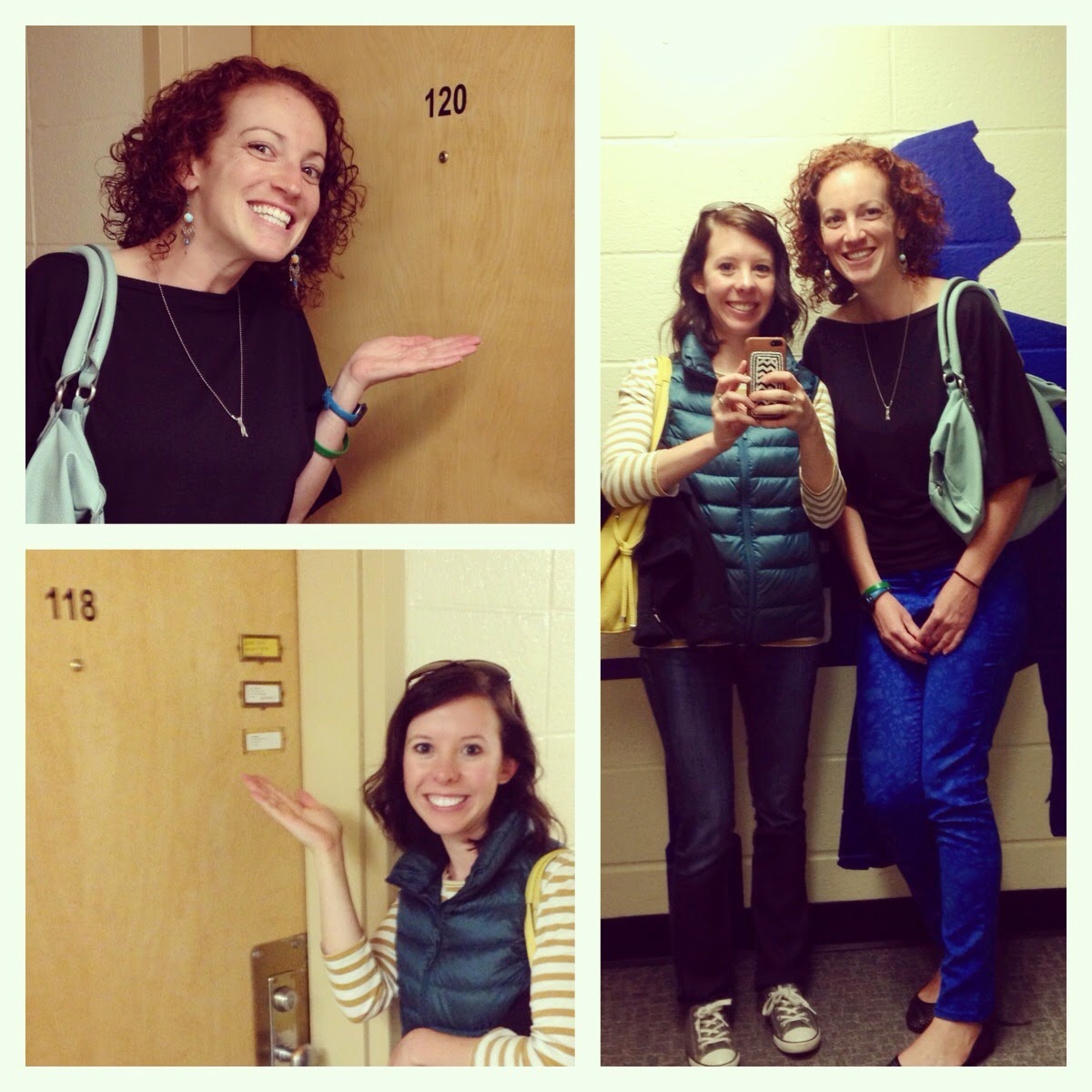 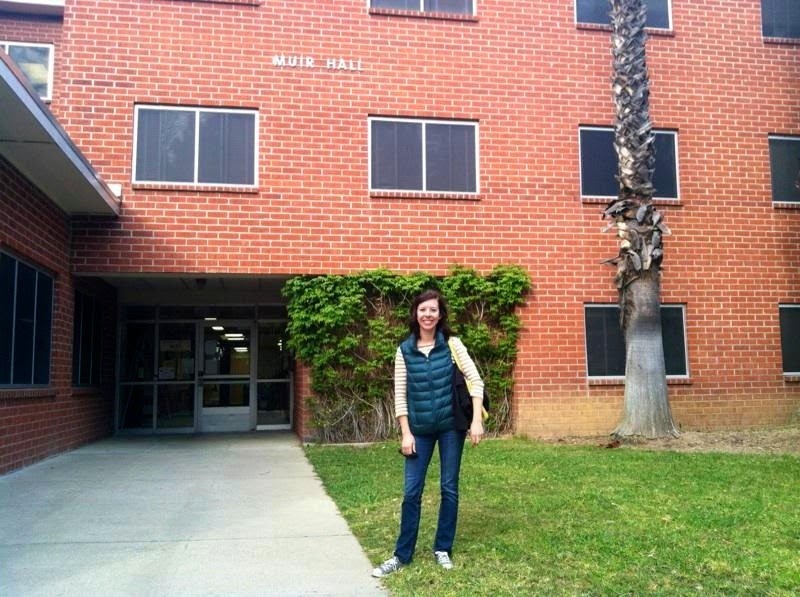 Another change is the fact that you can no longer drive through the campus. They have blocked off the route from Grand Avenue down to the Rec Center. Now it is a bike and pedestrian path only. The library parking lot is now a gleaming engineering building. The biggest change for me is the new science building that has replaced half of the "spider building". Those old, dusky, mildewy chemistry labs are now bright and shining with expensive artwork, a life size periodic table shadow box, and state of the art laboratories with smart screens and computer stations. As much as I wish I had access to such cool technology and beautiful study space, I have fond memories of the spider building and it's maze of hallways, musty bathrooms, bumbling fume hoods, dusty old stock room, and of course that time I blew up a lab with my pyrotechnics! We thought it was annoying they had Apple computers in the computer lab, cussing out the spinning pinwheel of death while trying to complete lab reports.

Life in 2001 was so different than it is today. I am not sure texting even existed back then, but if it did, no one I knew ever did it. We preferred to communicate over AIM, leaving snarky and clever away messages for our friends, staying up all night chatting to the cute guy from physics, and checking on our buddy lists in between classes. There was no Facebook or Myspace. Just good old Instant Messenger.

My parents bought me my very first cell phone for high school graduation, so toting around my cute blue Nokia cell phone in college made me feel cool and hip with the times. I had to talk to my parents on the phone - there was no Skype or FaceTime, although we did have horrible quality webcams and could send grainy pictures back and forth on AIM and email. We spent our nights huddled on our tiny dorm beds watching Dawson's Creek - at the time it was actually broadcast, not DVRed or streamed or downloaded. We used this high tech online website called Hot Math to help us solve our calculus problems. And we were simply amazed by this phenom called Napster where we could find almost any song we ever wanted! And we spent so, so SO much time napping - something I am pretty sure still holds true for 18 and 19 year olds today. I really can't believe how much time I wasted napping.

Strolling down memory lane at Cal Poly brought back a flood of really great memories that I made during my freshman year and beyond. I've lived in San Luis Obispo County for 8 years post graduation, and still, going back to campus is always a treat. Cal Poly is a time capsule that holds 4.5 years of my life in a safe, warm place.

To the next Muir Hall mate that comes to visit me, let's go sneak into the dorms and see how on earth they fit three beds in those tiny square spaces!