They will see us waving from such great heights

Three shows. Two weeks. That's a record for me and I have enjoyed every moment to the core of my being. Although, I must say, I am completely exhausted!! Late nights, alcohol and dancing are  outside of my normal routine and this old lady just can't hang!

They say that variety is the spice of life, and oh boy, our earbuds are on fire! All three shows were very, very, different. We went from an indoor expo center in the middle of SLO, to a remote countryside outdoor oasis, to downtown LA at a fancy classical concert hall. Each event brought with it a unique crowd, choice of footwear, and ambiance. But, all of them filled my soul with glee (and my tummy with beer!)

The Postal Service was all about college nostalgia. I danced and bounced around to each song, letting the music fill me up with sweet memories of a road trip to Las Vegas with my best girlfriends for Heather's bachelorette party. And how Clark Gable got me through so many long, late night work shifts. This is my go-to music - the kind of music where you can't help but get up and dance or at least bend your knees to the beat. The Postal Service rocked and it was a privilege to see them live, ten years later. 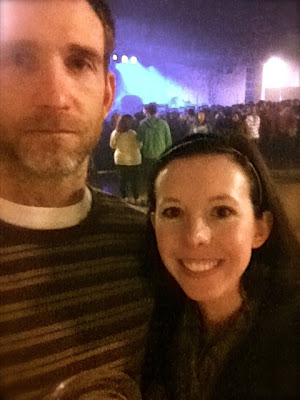 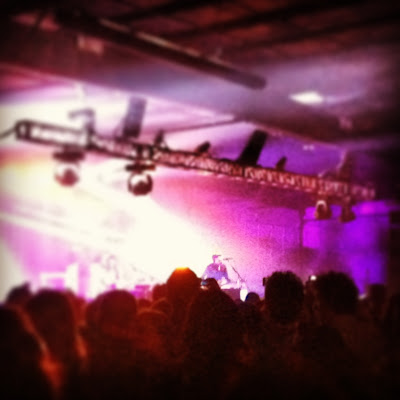 Passion Pit played at the Pozo Saloon about 20 (curvy and narrow) miles off of the 101 from Atascadero. Quiet little Pozo is absolutely gorgeous and the warmth of the sunshine mixed with comfy sneakers, relaxing lounge chairs, and ice cold beer made the afternoon a delight. The opening band, Capital Cities, put on a great show (even better than Passion Pit!) They all wore matching neon green blazers, syncing perfectly with the intensity and crispness of their sound. If you haven't heard of them before, look them up. Their music will lift you up. (Safe and Sound is my fave). 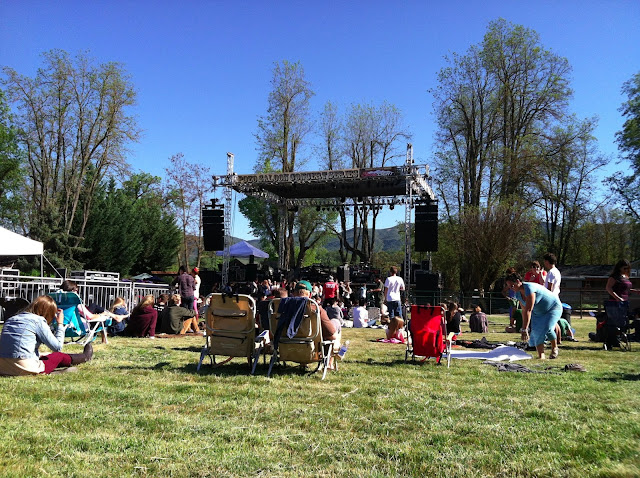 And lastly, it's difficult to describe Sufjan Stevens' performance in LA at the Walt Disney Center, so I will copy the excerpt from the website because it describes the show so beautifully:

With the West Coast premiere of Planetarium, The National’s Bryce Dessner, singer-songwriter Sufjan Stevens, and composer Nico Muhly come together to consider the cosmos. For the first half, a string quartet performs each artist’s classically informed compositions. In the second half, Stevens’ voice anchors a planet-by-planet song cycle that melds the collaborators’ distinct creative contributions into a harmonic whole. The cycle unfolds against the backdrop of a giant orb that morphs to reflect the characteristics of the sphere being celebrated.

The string quartet was simply breathtaking - I literally held my breath as they moved those bows so rapidly you could barely see their hands! The musicians were insanely talented and brought some of Sufjan's songs to life in a brilliant way. 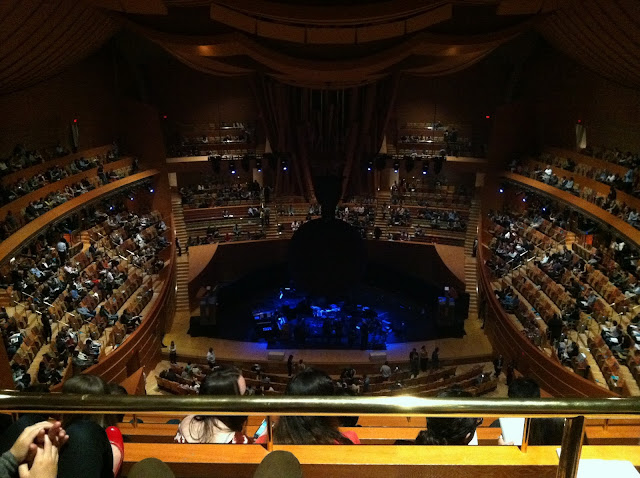 Planetarium was a mix between strange and lovely. Sufjan sang each piece, but switched from using a strange robotic microphone to his regular singing voice. I preferred the songs with his normal "angelic" voice (as Steve put it) to the synthesized version. But, the fun part of the show was trying to guess which planet they were "celebrating". Between the lights, lasers, orb, and lyrics, it was like putting together clues until after each song when they revealed that yes, we know Pluto is not considered a part of our solar system but dwarf planets are planets too.

The best part of the Sufjan show happened BEFORE the show which deserves its own post, so stay tuned for a story about cockroaches, fire alarms, and potato chips!